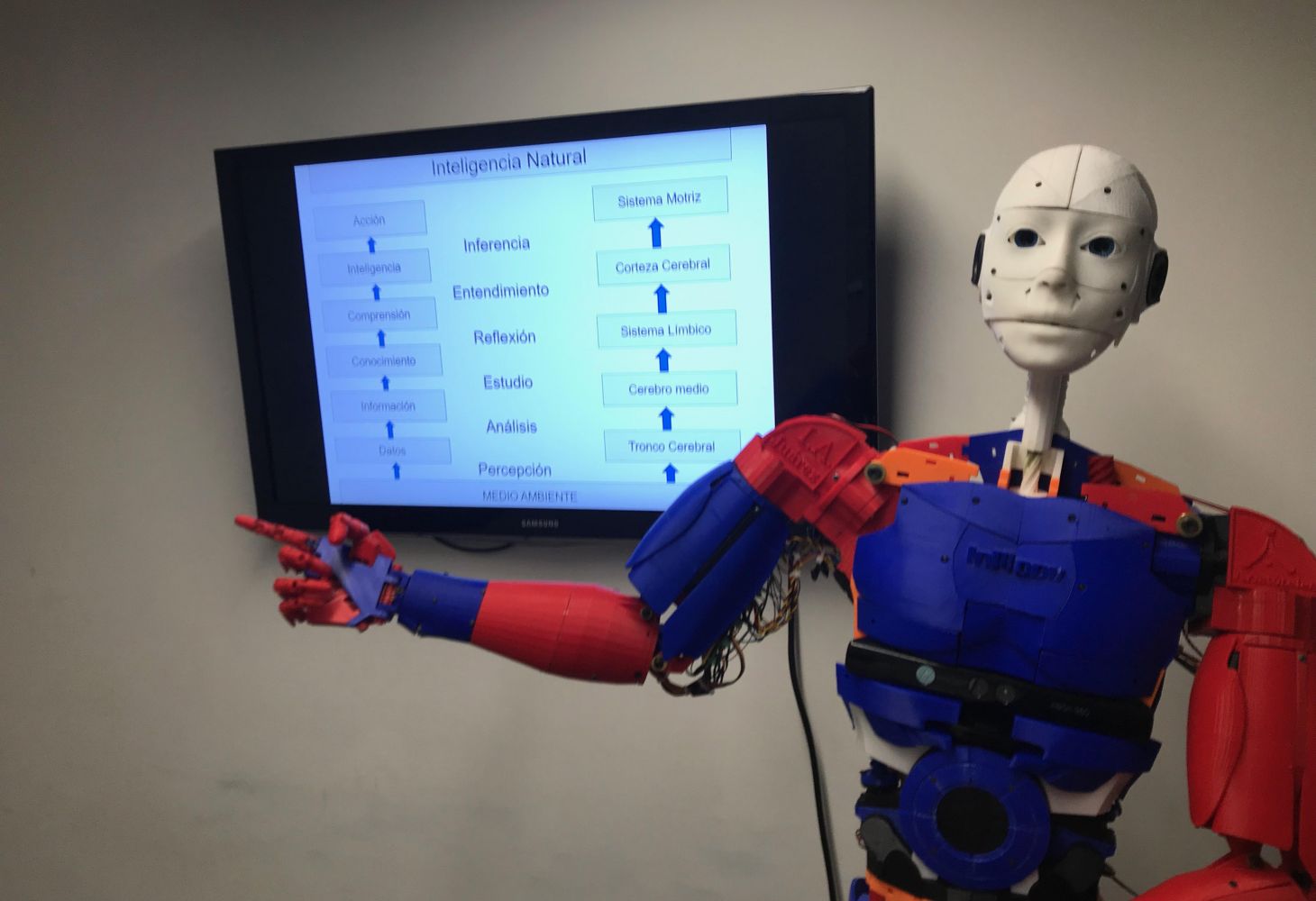 From the FabLab in Ciudad Juárez de México, engineer Marco Barraza introduces us to Aristotle, the first humanoid philosopher created with the idea of ​​speaking and debating at the level of human thought.

This robot is a set of artificial intelligence algorithms created with the idea that it can reason, listen and speak like a human, that it can see and be able to identify an object, that it recognizes people and can interact with them.

As for Aristotle’s body, it is made up of approximately 500 printed parts and can do almost all the movements of the waist, hips, arms, head and eyes like a human.

Aristotle is capable of giving classes and answering questions about philosophy, but, although he is specialized in this area, he can be trained in any subject. For example, he can give a Newtonian physics class and answer the questions as Newton himself would, taking sentences from his books.