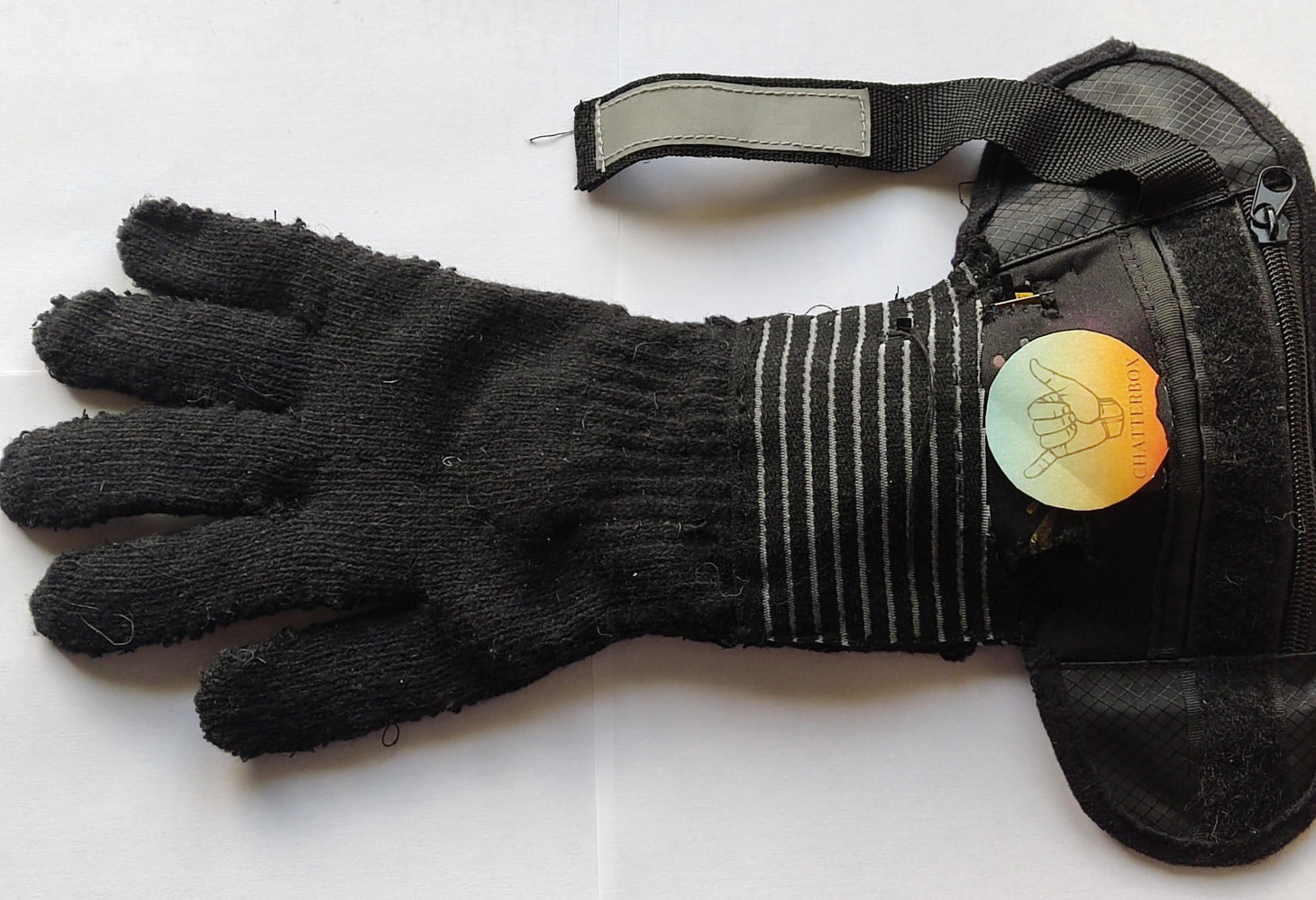 Multi-function glove that allows the translation of sign language for the help of the deaf and silent communication in the defense sector.

Daniel Valero, a 20-year-old boy who is studying a higher degree in telecommunications and has also completed an intermediate degree in the same specialty, although, due to circumstances, he has had to study telecommunications. Something that always attracted him was the world of electronics and information technology, therefore, whenever the opportunity arises, he tries to take advantage of it to learn in that field.

During his training he has had opportunities to learn to program, but it has not been until entering the world of work that he has been able to enjoy it. The main reason is the training that his current boss has given him, which has allowed him to enjoy himself since the programming that he teaches him has a practical application in production processes and repairs of his clients' companies.

As a result of this, he fell in love with programming due to the number of daily problems that can be easily solved with a small microcontroller, since then all the problems he sees, whether they are social, physical or of any kind, make him consider ad hoc solutions with some device or program that greatly facilitates this problem.

Thanks to this new facet, he developed the idea that he has developed in this project, to help people with hearing disabilities and/or speech difficulties. As is known, the vast majority speak by sign language, a language that few people know or understand, so the idea of ​​creating a device that would facilitate communication between people who speak by sign language and people who do not came up.

It consists of a glove that allows deaf and dumb people or people with speech difficulties to communicate with any other person, translating sign language into audio, thus allowing people who do not know this language to understand it without problems.

The glove has another function and it can also be used for the defense sector in the following ways:

The first is for the military field, when the soldiers are on a mission or operations in which they have to speak by signs, the officer of the platoon would wear the glove and through a headset or earpiece the soldiers could hear the signs without having to be looking at them. and silently too.

Another would be in the field of escorts, being able to communicate to the escort and the escorted without having to have vision with each other. An example would be at a dinner or meeting in which the escort is not allowed to pass, with a simple discreet finger gesture the escort could communicate their status to the escort.

Reduce the social inequalities of the deaf and people with speech difficulties by breaking down the communication barrier with people who do not know sign language and offering a discreet tool to improve communication in the field of defense.

The glove works with Arduino technology and uses an Arduino nano as a microcontroller due to its small size, cost and possibilities. Flex sensors are connected to this, consisting of variable resistors that vary their values ​​depending on the applied flex, there are 5, one on each finger and with them, we will know the positions of the hand when making signs. The audio is played with a df player mini player, which, by inserting a micro SD card with the saved tracks, allows us to reproduce what each sign means. An 8 ohm, 2 Watt speaker is connected to the player, which will play the audio. The program works by creating variable margins, that is, if x is > than x and < than x , you play this audio, in this case X would be one of the Flex sensors. For the user, it is very easy to use since they simply have to put on the glove and speak in sign language.

In addition, research is being carried out for the implementation of accelerometers for better motion capture and better device structure.

This project is a gateway to the world of sign language while offering an example of the application of Flex sensors. These sensors, although they have multiple applications in many daily processes in the industry, used as gauges on many occasions, are rarely applied in projects of a social nature like this one.