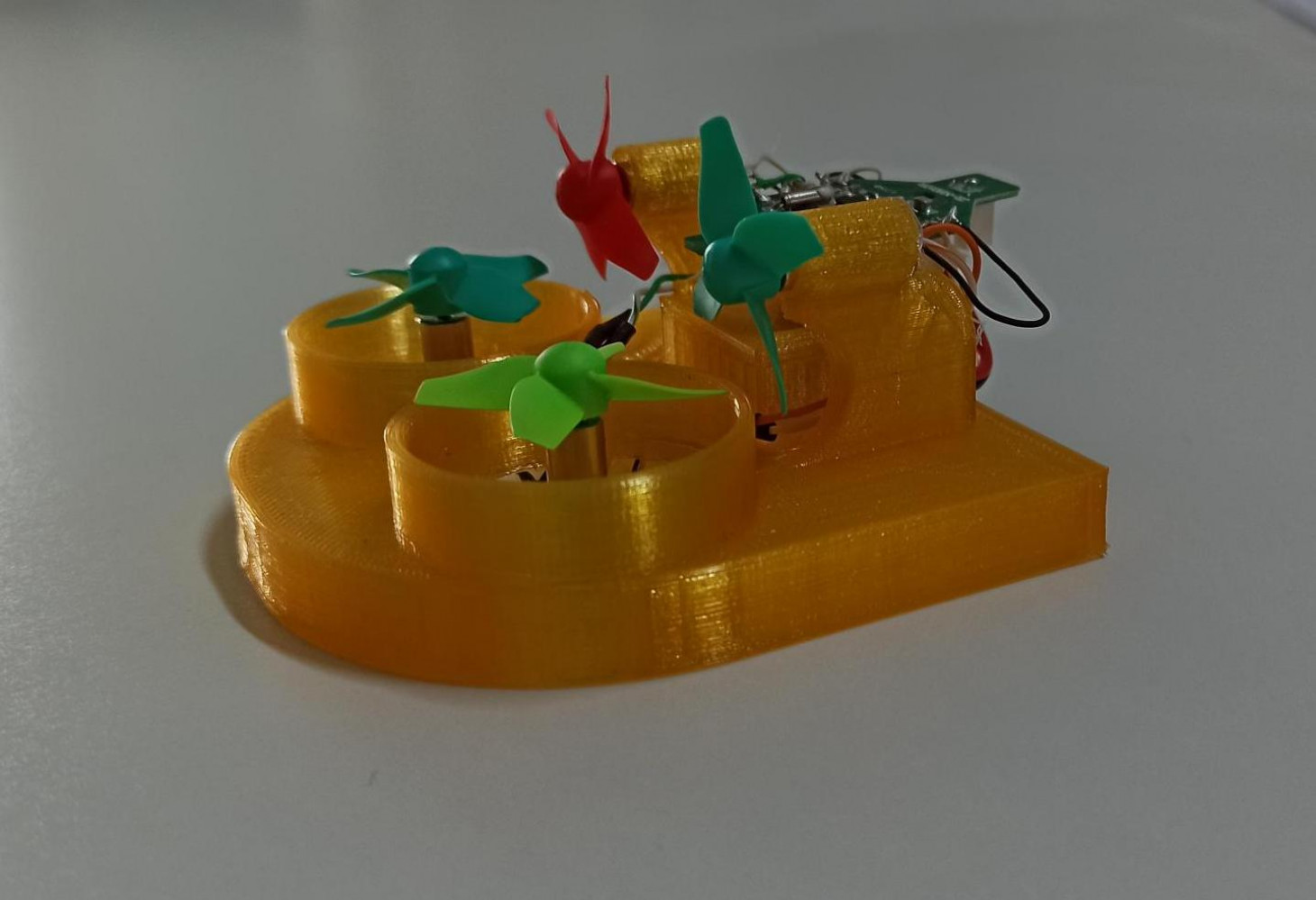 This is a project carried out by the VermisLAB Makers4 group in which the students first designed and built their own hovercraft and then made several different modules as obstacles to place on a circuit and be able to race.

To build the hovercraft they designed the structure in OnShape and used the parts of a small drone as part of the electronics.

The circuit is made of separate modules with different obstacles. Most of them are fixed, like ramps, tunnels or trap circuits that put you in a loop but they also built some more complex ones. Some examples are the module in which, by means of a laser pointing at a light sensor, it is detected if a hovercraft crosses and moves a servo to obstruct the rival or the module that consists of an elevated platform in which some fans work as an accelerator.