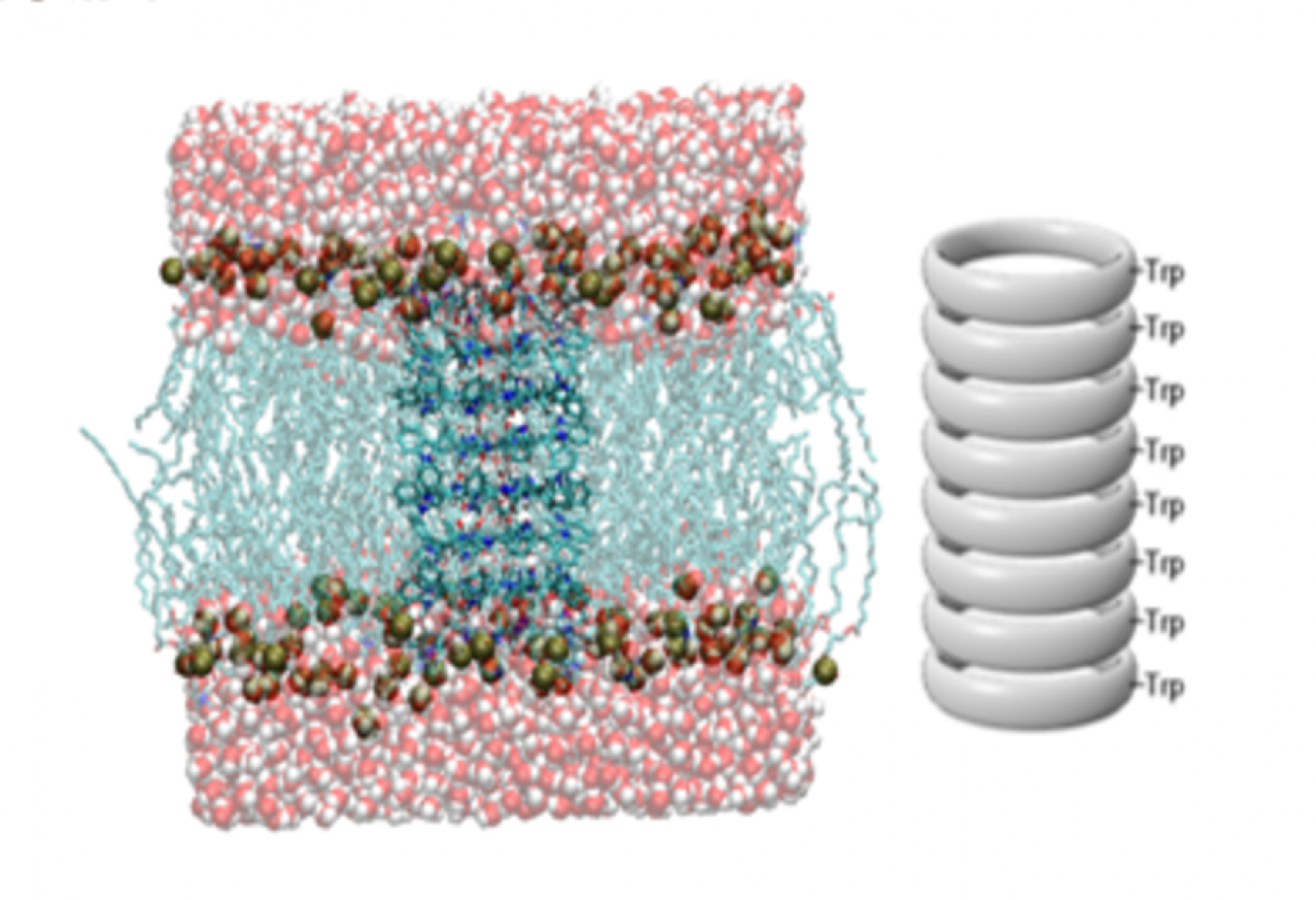 Is it possible that a mutation that modifies the exterior of a transmembrane channel also affects its interior properties?

An alternative to natural antimicrobial peptides (AMPs), for the development of new antimicrobials, may be the use of small molecules of low toxicity with the capacity to self-assemble in the cell membrane, the so-called smart materials. The presence of these structures would alter the properties of the membrane and cause cell death.

Among the possible smart materials that could be used as an alternative to natural AMPs are cyclic peptides (CPs), which could self-assemble into peptide nanotubes (NT) in membranes.

In principle, the internal properties of the nanotubes formed by cyclopeptides only depend on the nature of the atoms that remain oriented inwards. The side chains of the amino acids in these designs face outwards, and would be in contact with the lipids once these nanotubes are inserted into the lipid membrane.

However, we wonder if it would be possible that by mutating some residue of the cyclopeptides (which would only change its side chain and, therefore, its exterior), the internal properties of the channel would also be modified. That is why we pose the following research question: is it possible that a mutation that modifies the exterior of a transmembrane channel also affects its interior properties? The project will try to answer this question using Computational Chemistry tools.

Each of the two nanotubes will be simulated in a lipid bilayer made up of POPC lipids. The research will allow us to check if both nanotubes are stable and also if the disposition of the water inside them undergoes any variation between the two systems.

The results could make a small contribution to the possible use of these systems in the design of new antibiotics.

- Connection with the Technological Center of Supercomputing of Galicia (CESGA)

The result of the project is important not only for the design of possible antibiotics based on this type of system, but also to extrapolate it to the channels of the biological membranes of our cells.

A mutation in such important channels as those of sodium, potassium, calcium, etc., that does not directly affect the ion passage zone, could influence the behavior of the channel, have an effect on transport and cause alterations or diseases.