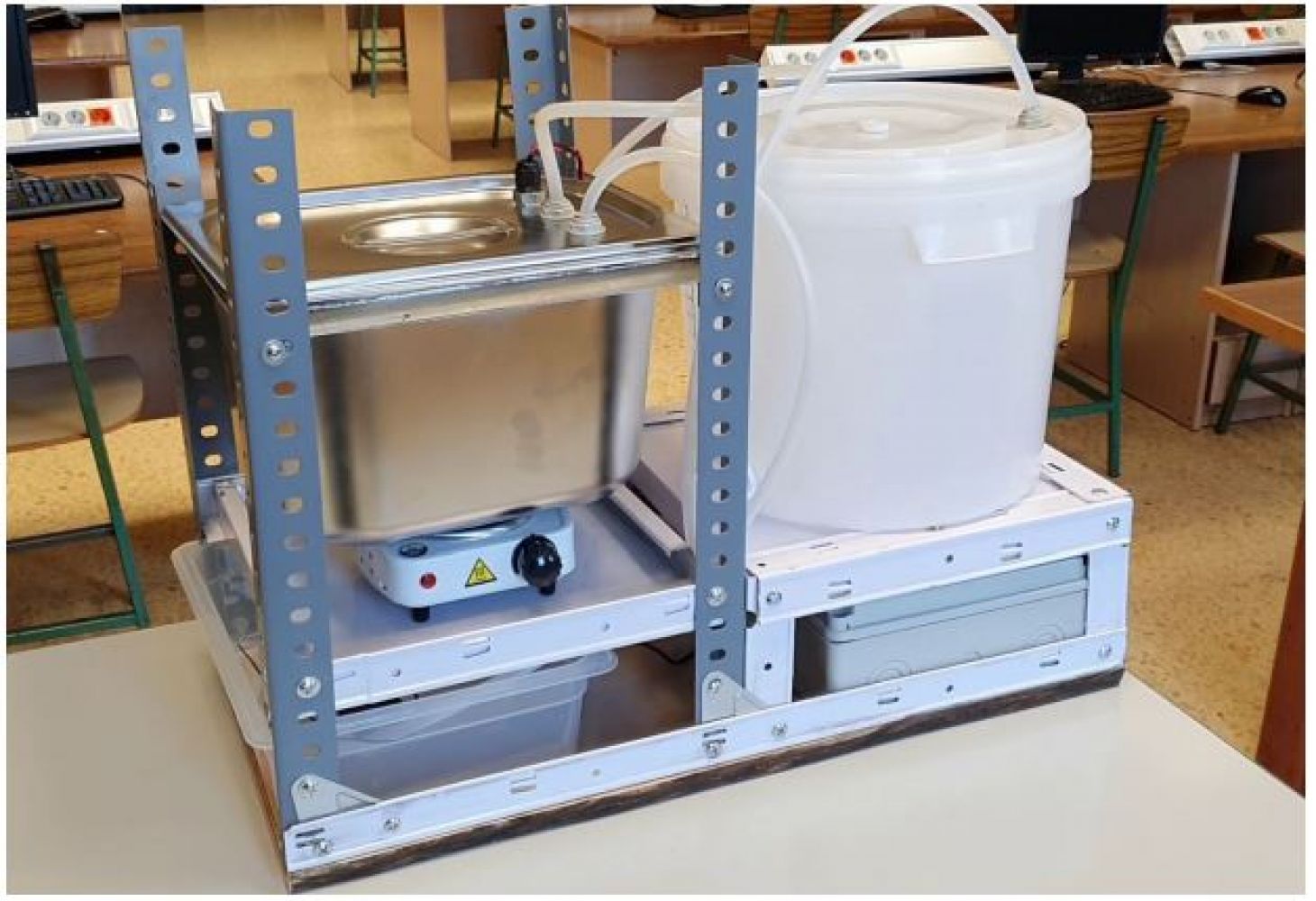 The project consists of a prototype fermenter for domestic beer production. Using low-cost materials and the IoT to control and monitor. The fermenter allows multiple recipes so it can be used for multiple cereals based on an existing database.

Today's systems for home beer fermentation mostly lack the step-by-step guidance that we are currently used to in most devices. By introducing an assistant into the home-brewing process of craft beer we create a very important business. The "nespresso" model would be a good mirror in which to look to explain the business model that is being created.

Current systems already offer do-it-yourself packs, known as DIY, however the process is still somewhat complex and tedious. Having to be very vigilant during it to prevent everything from going to waste due to carelessness. Other companies work with a more automated process but use  processed materials. This project provides the simplicity to which the current average user is used to looking at a screen and faithfully following the steps that appear on it. In addition to working with minimally processed products.