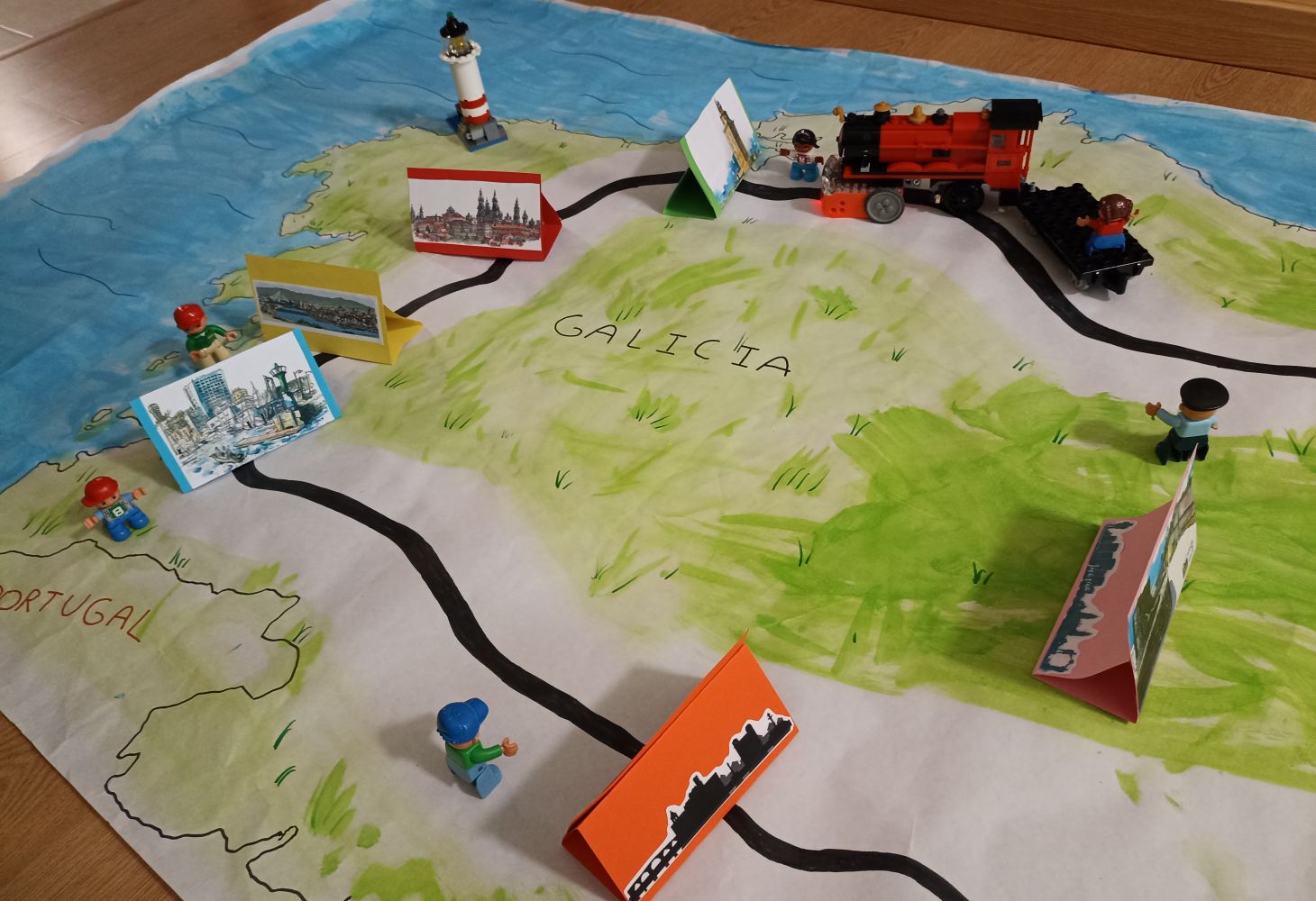 It is an Edison robot converted into a train, it follows the path through the main cities and finally reaches Finisterre.

The train helps them to know where the main cities of Galicia are. There are stops that represent the city where the train stops for passengers to board. The train will stop for a few seconds for the boys and girls to do so. It continues its journey until the end of the route where it changes its programming to follow the light, the idea is to continue to the Finisterre lighthouse.

The idea is to identify the main cities of Galicia, place them on the giant map and find out some relevant information about each one. Work will be carried out between several classrooms and the robots will approach the little ones.

The train is an Edison programmed with edblocks to follow lines, stop when it detects obstacles that represent cities with qr codes, and learn city data. At the end of the journey with a flashlight we go to the second programming that is a light follower to guide you to Finisterre. The children help by decorating the map, putting the obstacles in their correct places or carrying the flashlight. The lighthouse light is an LED light with a very simple circuit made by Primary School students.