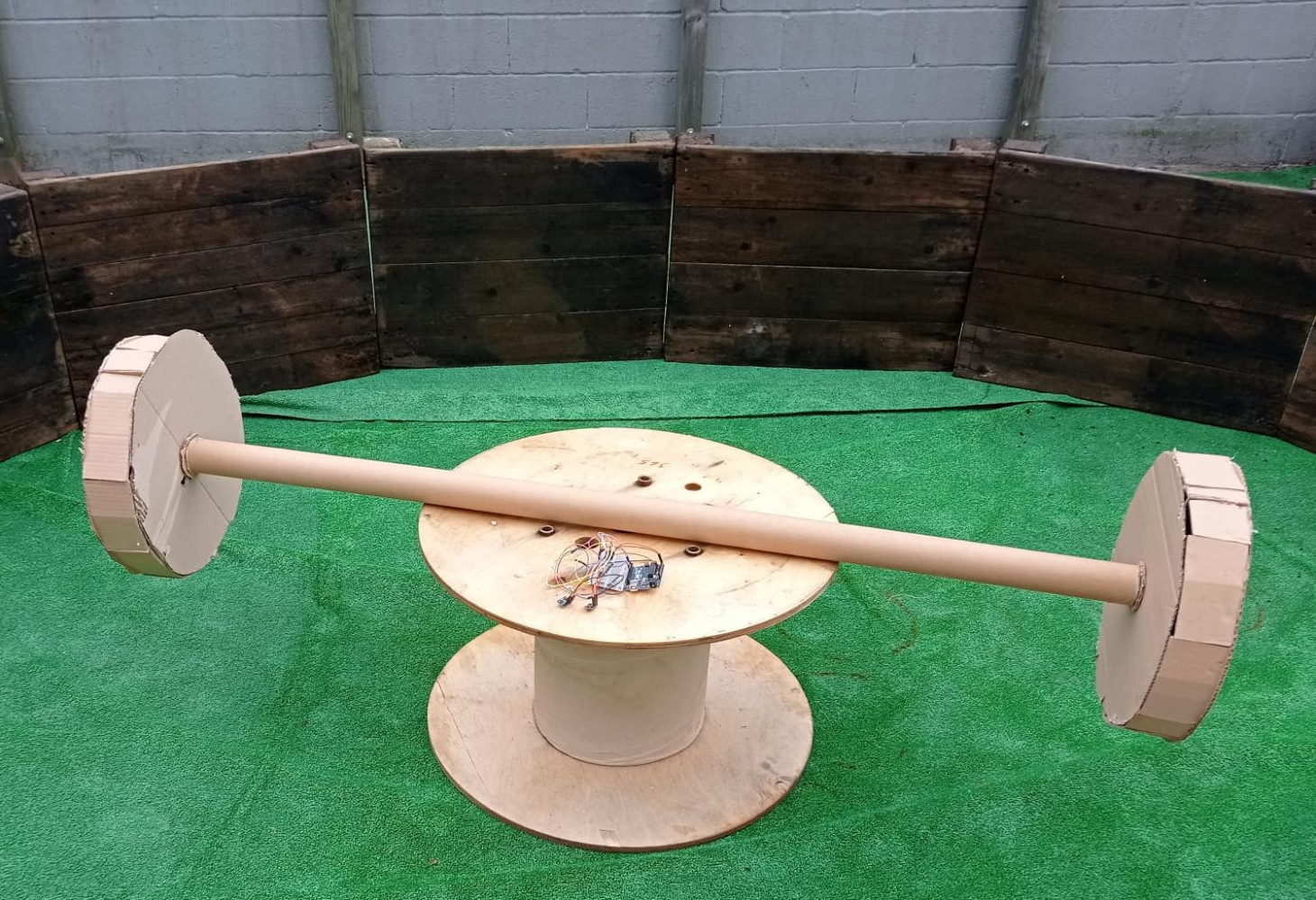 This project presents a video game to promote sport in young people. The video game detects your movements and influences it.

We did it among seven children from the VermisLab Makers Pro group.

It consists of an entertaining video game that could be played on the street and thus be able to play sports in a much more fun way. It also consists of some instruments that serve to create your most intense experience. The project consists of a turn-based combat RPG-style video game where a device detects your movements and these influence the development of the game. In this way, users can meet to play and do sports together.

Video games make many people spend a large part of their lives at home, so this project was done so that people who do not tend to play sports and like to play video games, can practice sports in a closer way. to your reality.

We created a video game in which you can meet a friend in a place previously chosen by the game, to battle and be able to make any movement. You will also have to do some challenges that the game itself will propose. The players have to make physical movements (squat, lift a weight) with devices that are capable of detecting these movements and influencing the dynamics of the game. To develop it, Unity was used for Arduino measuring devices. The user will be able to interact with the different instruments to test the game.

A more fun and modern alternative to doing sports for those people who don't feel like doing it. The Maker Community will benefit from the use of open technologies in this project and will be able to test and improve them.