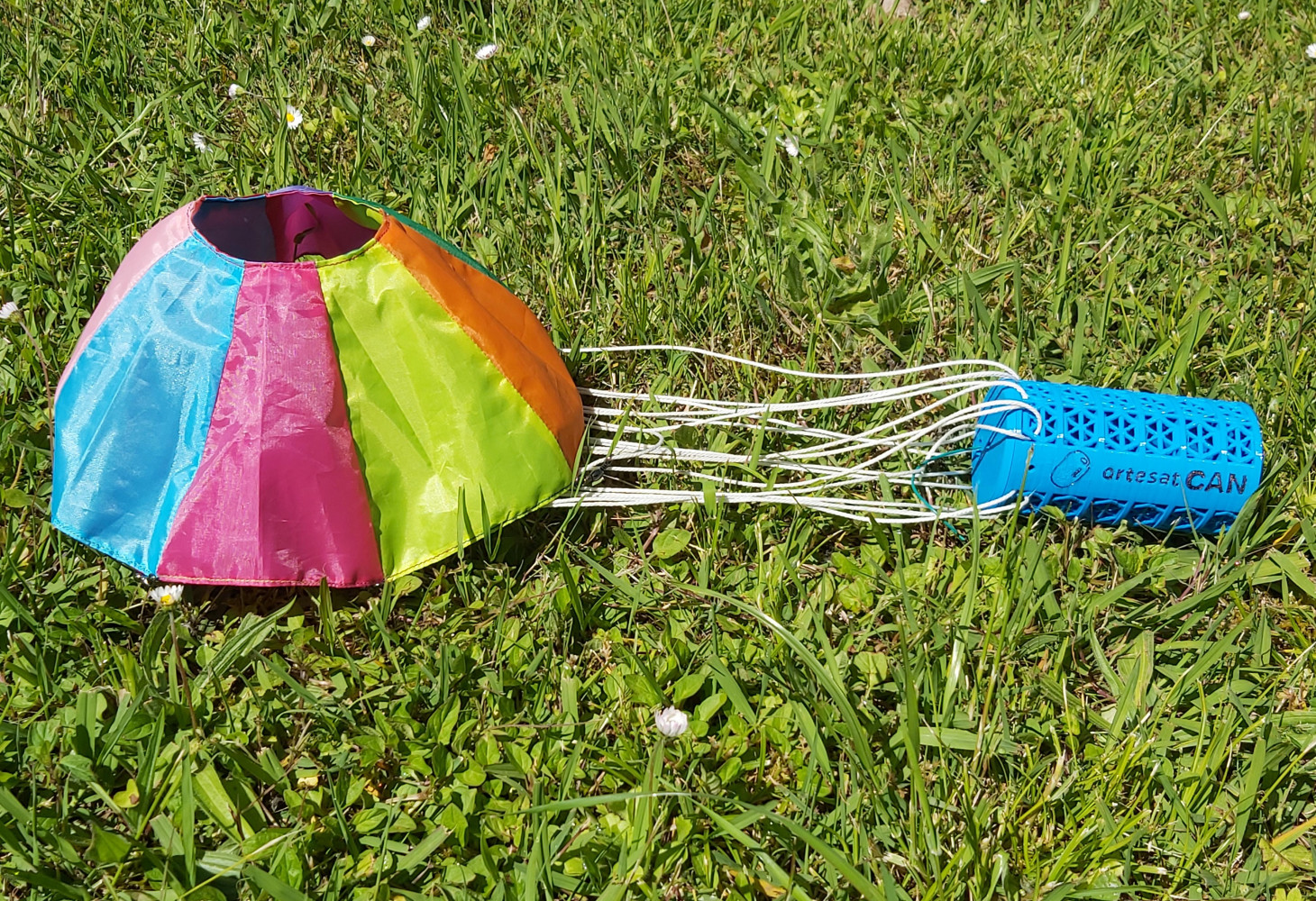 This project, carried out by a group of four STEM Excellence Baccalaureate students from IES de Ortigueira, consists of building a CanSat capable of carrying out two missions.

The primary mission is to capture measurements of pressure, atmospheric temperature and humidity every second during the Cansat descent using the AdaFruit BME-280 sensor. The secondary mission is to take photos during the descent which are later analyzed using an algorithm with the aim of being able to carry out urbanistic studies.

The body of the satellite was designed in Freecad and printed in PLA with the 3D printer. It has an upper cover that houses the switch that turns on the satellite, and through which comes out the transmitting antenna that will send the data to the receiving station on the ground.

To take all the pressure, temperature and humidity measurements the BMF280 sensor was used. This sensor uses SPI communication to exchange data with the Adafruit Feather M0 RFM95 microcontroller. The programming was done with the Arduino IDE and for the communication between the board of the probe and the one of the earth station it was decided on the direct communication with LoRa.

Another important part is the parachute. A series of calculations were carried out to decide the size of the parachute and its venthole taking into account the dimensions and the descent speed of the minisatellite in order to meet certain criteria. The fabric chosen is waterproof and very colorful to facilitate location after landing.