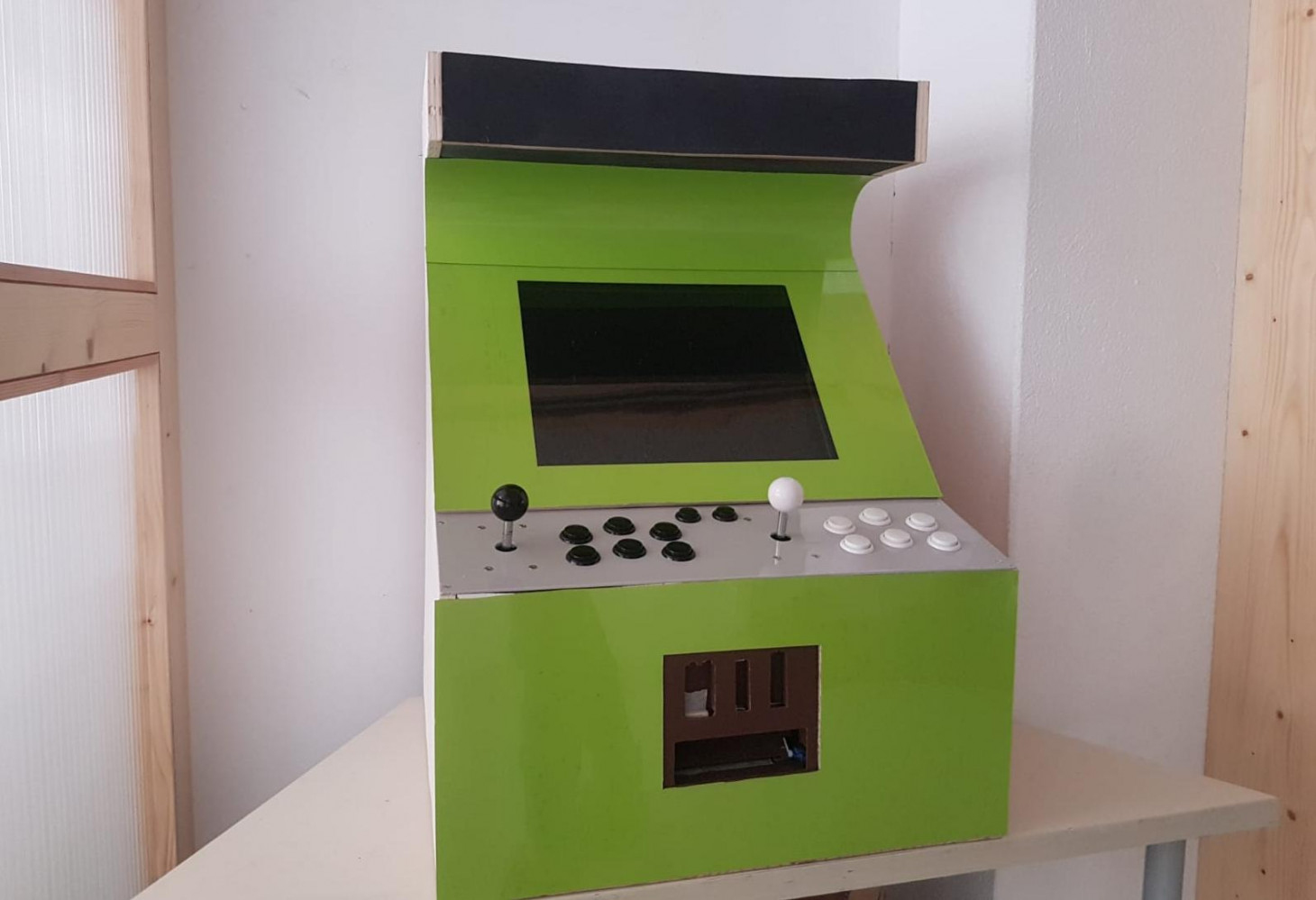 This project carried out by the VermisLAB MakersPRO students consists of a video game console, similar to the Arcade consoles of the 90s. The difference is that, in this case, it does not need coins to work, but rather by using discharged batteries. That's right! For each pile you recycle you will gain a life in the game.

The idea came from trying to find a way that would motivate people to recycle used batteries. Thus, the batteries that are used to play will be stored in a deposit where they can be easily collected to take to recycling in the corresponding container.

Raspberry Pi was used with an operating system similar to the arcade machine that allows emulating old games and replacing the button to start the game with a relay that will be activated by an Arduino. This is programmed in such a way so that depending on the voltage of the deposited battery, it stores it and activates the relay to start the game or returns it to the user if the battery is not exhausted.