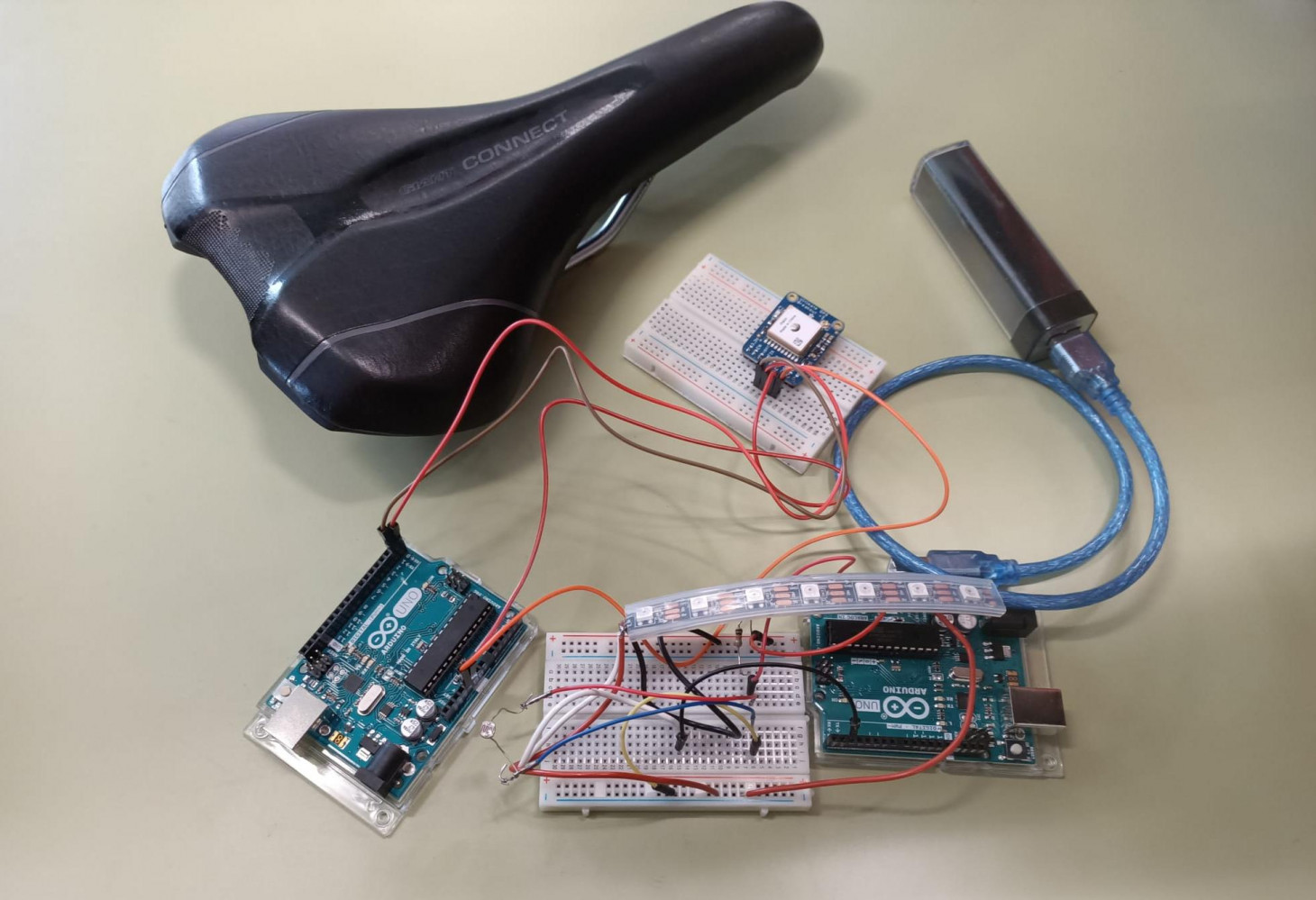 The aim of this project is to make cycling safer. After investigating the number of accidents and deaths on the roads, the students wondered

why cars had safety devices and bikes didn't. To better understand the problem, they conducted a survey that they sent to the Galician cycling clubs and the triathletes team that will be going to the Olympics.

Thus they located, with the help of experts, the points that are considered determining factors. The survey was answered by more than 160 road cyclists. All, in their totality, believe that more driver education is needed, but consider that technological advances would be of great help.

Of the possible actions, the most voted were:

1.- Automatic night light system (turn on when there is not enough ambient light)

2.- Object detection system behind the bicycle

In the created device the systems are placed in a 3D printed box under the saddle.

As good entrepreneurs, the team looked for information on whether there were systems similar to their innovative solution, and they found a helmet and a vest with similar functions, but with a high economic cost. With this information, they decided, following the maker philosophy and the spirit of free software, to create a web page where all the instructions, electrical diagrams, pictures of the assembly and 3D printing files and code to program the microcontroller are made available to those interested.