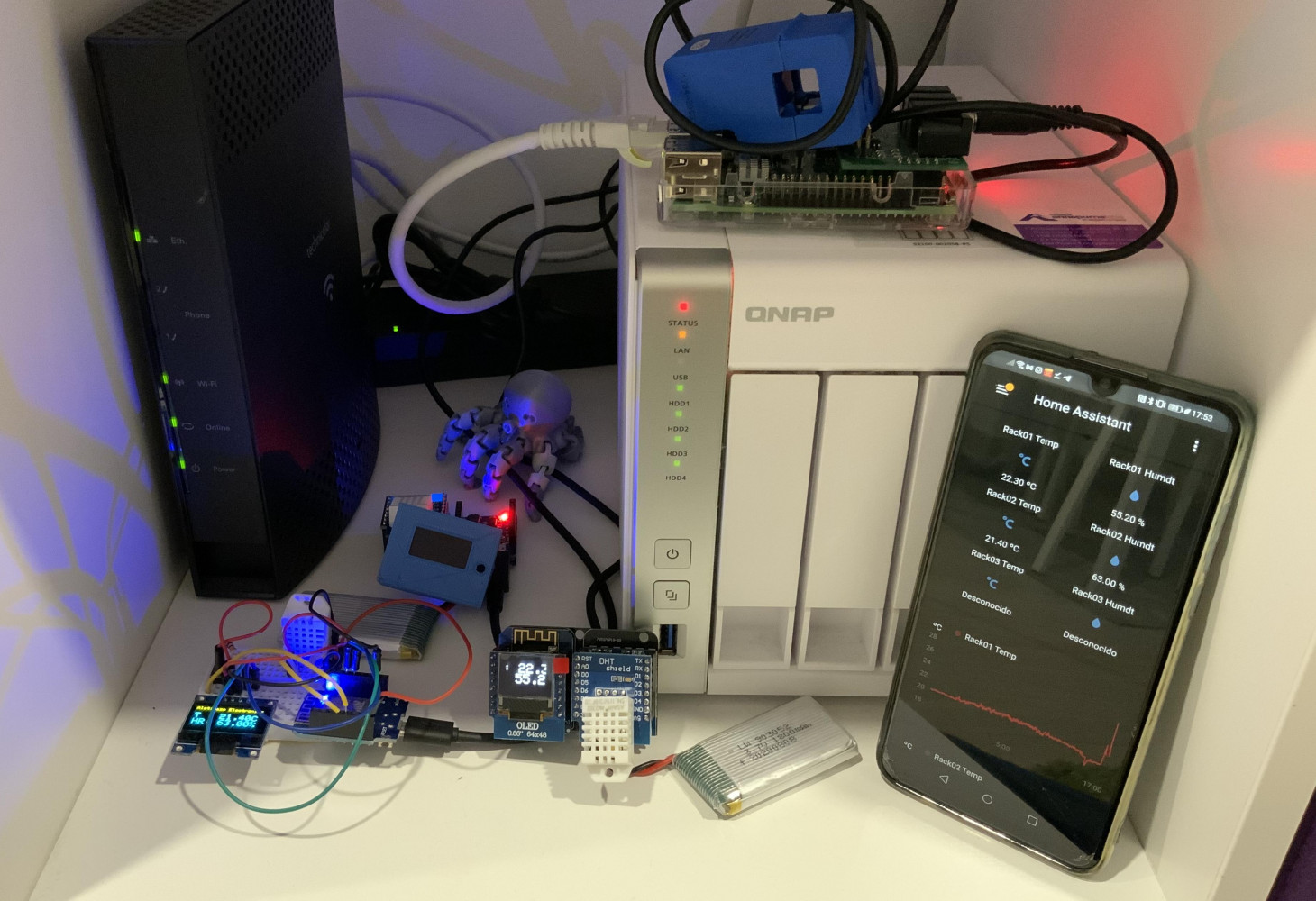 This project consists of a monitoring system for CPDs based on open source and open hardware technologies. Specifically, the Zabbix monitoring system is combined with the Home Assistant application for automation and the MQTT protocol for data collection from sensors.

Prototypes based on the NodeMCU Mini development board and DHT22 temperature and humidity sensors, DS18B20 temperature sensors, PIR presence sensors and other elements such as indicator LEDs have been proposed as sensors. We collect data from all the sensors connected to the board and send it via MQTT over TLS offering an additional layer of security.

The objective is to have a monitoring system that is as open as possible and that is easy for the administrator to implement and maintain. We integrate the monitoring of servers, network devices, sensors and other elements in the Zabbix server to have a point where to centralize the alerts of all the elements of the CPD.

In the current phase of the project, the prototypes on the protoboard have already been tested and verified that they work as expected, so a prototype has been created on a board designed specifically for the project, based on the ESP8266 chip that incorporates the NodeMCU. This board is intended to offer a more robust solution by not making the connections on a protoboard and achieving a reduced size that is easier to install in the cabinets. A box for this board was created to be printed off on a 3D printer.