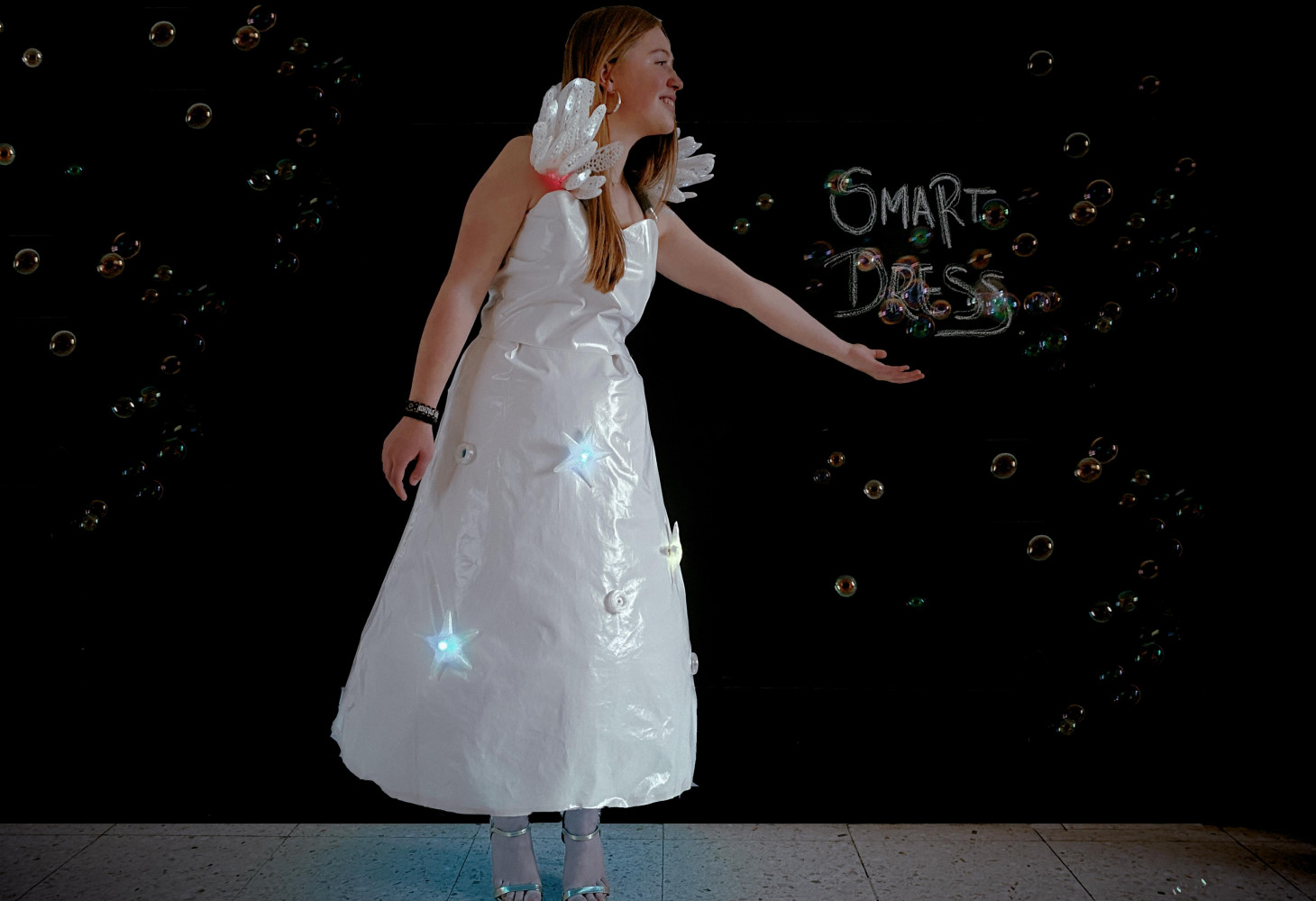 This smart dress is equipped with several sensors that measure the quality of the air and some environmental gases, GPS, IoT modules, and RGB LEDs. The dress is registering the coordinates where the dress is located and sending all the data through IoT technology to a web page that the students have designed to be able to see the air quality values ​​in those coordinates.

Depending on the air quality, the LEDs that are integrated into the dress change colour, with white being the best quality, green, light blue, dark blue, purple and red being the worst quality. It is a way of making a wearable sensitive to air quality. The students had the help of a former student who studied design and fashion to make the patterns. From there the students cut fabrics and sewed the dress.

For the electronics part they used arduino boards with wifi, RGB leds, different sensors and GPS which was sent to ThingSpeak.All this was programmed and integrated into the dress. To see  all data collected they designed and created a web page. For the design part and adding the LEDs and sensors, they designed some stars and rings which would later be added to the dress. The dress has a collar with white LEDs that light up to indicate that the dress is functioning.

An attempt was made to enhance the artistic side and creativity when designing and above all to create an intelligent garment that could "feel" environmental pollution. Subsequently, they designed a base box that has a thermal printer and by clicking on a button, it connects to the Internet and is capable of printing all the recorded data to be able to have a paper version.