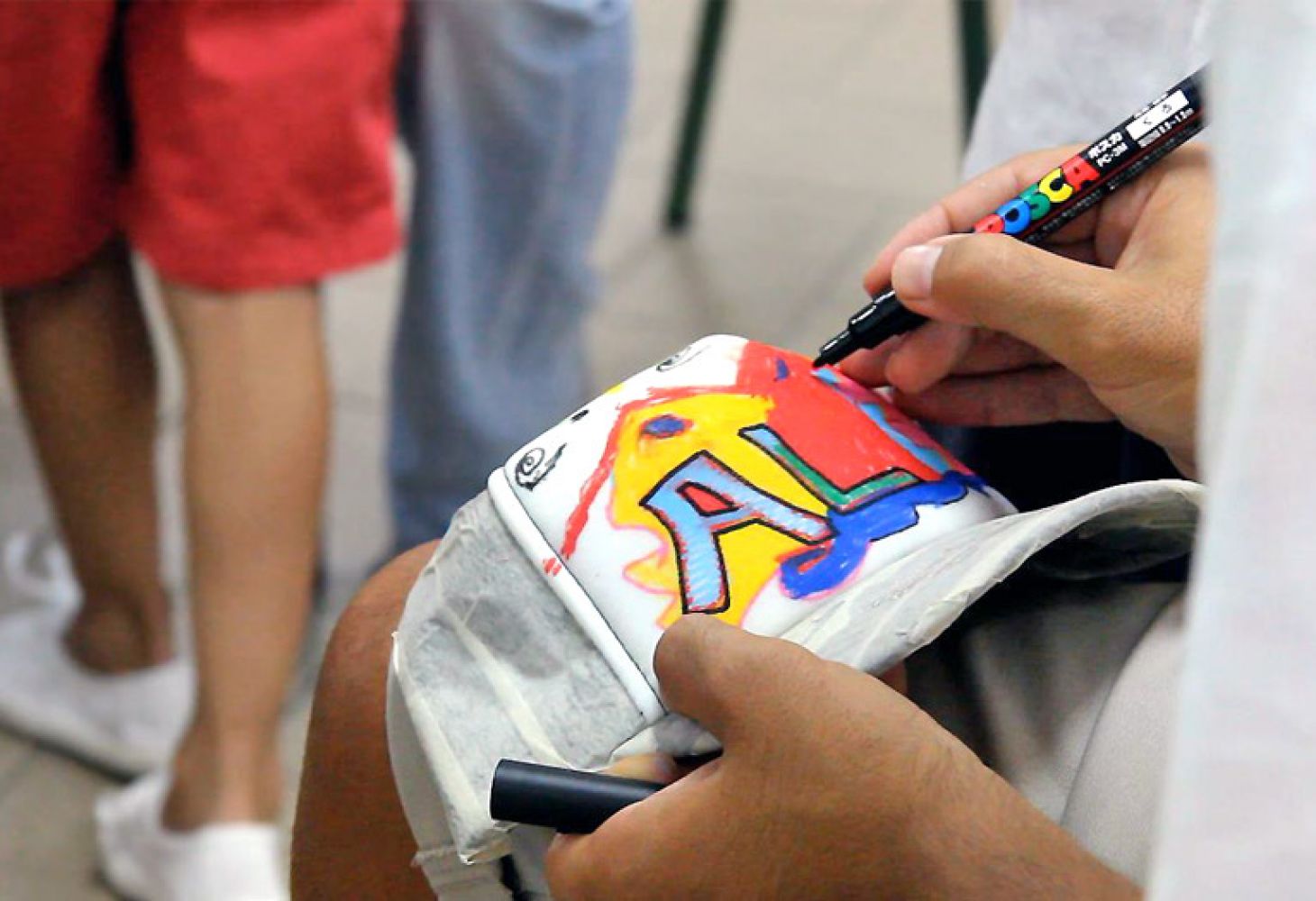 The trucker cap appears in the United States between the decades of the 30s and 60s, used by truckers and mechanics as part of their uniform.

In the 1980s, the trucker cap was once again present among followers of the Hip Hop culture, used mainly by Breakdance dancers who painted the front of the cap reflecting their bboy nickname.

In the trucker cap painting workshop we will design our name or nickname in Graffiti letters, achieving our own style.

No previous knowledge is necessary.